Death Stranding is best when it shuts up. Being a game by Metal Gear Solid creator Hideo Kojima, it’s naturally filled with bizarre characters, lengthy screeds of exposition, and indulgent cutscenes. But it’s in the long, quiet stretches between all this, when it’s just you hiking alone across a stark, haunting post-apocalyptic wilderness, where it really shines. In these moments, Death Stranding is quite unlike anything I’ve ever experienced in a game—or any other medium for that matter.

That’s not to say there’s no value in the plot. When you’re not being bombarded with pages of mind-bending backstory, it’s pretty interesting—and deeply weird. You are Sam Porter Bridges (played with a strange, stoic charisma by The Walking Dead’s Norman Reedus), a courier delivering cargo across what’s left of the United States. A supernatural cataclysm called the Death Stranding has driven the last of humanity into underground cities, leaving the barren, windswept surface plagued by soul-sucking ghosts called BTs, rain that rapidly ages anything it touches, and other high strangeness.

Your mission is to hike across North America, from the east coast to the west, connecting scattered settlements to the Chiral Network—a spiritual successor to the internet—as you go. Why Sam, though? He’s a talented porter with a rep for getting things delivered on time. But, more importantly, he can detect BTs—which are otherwise invisible—with the help of a tiny, creepy baby strapped to his chest. One character insists these so-called Bridge Babies are merely equipment, not people, but Sam can’t help but form a bond with the eerie infant. Oh, and Sam is immortal too, which makes him the perfect candidate for, as his superiors not-so-subtly put it, making America whole again.

The majority of your time in Death Stranding is spent out in the open, plodding slowly from one place to another. The game is essentially a feature-length fetch quest. But the environment, and the many challenges it throws at you, makes these trips worth enduring. This curiously Scandinavian landscape is serenely beautiful, with a grand sense of scale and a bewitching atmosphere. As I trek across the continent I see enormous, cascading waterfalls, snowy mountains, steam-spewing volcanic fissures, raging rivers, dense forests, and wide, grassy plains—and it all looks, and sounds, stunning.

WHAT’S IT LIKE ON PC?
(Image credit: Kojima Productions)

I played Death Stranding on a PC with an RTX 2080 Super, an Intel Core i7-9700K, and 16GB of RAM, and it ran great at 4K/60fps—especially with DLSS 2.0 enabled. As for PC features, there’s a set of Valve-themed side missions that unlock Half-Life cosmetics. As you’d expect, Death Stranding looks its best on PC, and solid performance, ultrawide support, and a new harder difficulty mode round the package off nicely.

But it’s not just for show. Death Stranding is secretly a brilliant hiking and mountaineering simulator, and every piece of rough terrain you encounter is a puzzle to be solved. If you rush things, Sam can trip, stagger, lose his balance, get swept away by powerful rivers, or slide down steep inclines—losing or damaging cargo in the process. This forces you to slow down and take a more thoughtful approach. Carefully plotting and picking your way across this rugged, unpredictable topography without dropping the precarious stack of packages balanced on your back is challenging and laborious, but also immensely rewarding.

Some jobs seem impossible. Standing at the foot of a mountain, snow whipping at its peaks, fragile cargo stuck to every inch of your suit, you wonder how you’ll ever get over it. But you power on, one step at a time, patiently placing ladders and climbing ropes, edging closer to your destination. Along the way you might have to slip into Metal Gear mode and sneak past BTs, or deal with extreme weather such as disorientating blizzards. You might even get knocked out by terrorists and have your cargo stolen, forcing you to sneak into their camp and take it back. But after all that, you make it, and it feels incredible.

If this sounds like a lot of hard work, well, it is. But one of my favourite things about Death Stranding is how it drip-feeds you new gadgets and tools to gradually make things easier. As you progress through the story you unlock an almost overwhelming array of kit, including power gloves for faster climbing, BT-killing blood grenades (don’t ask), and mechanical exo-skeletons that let you handle more weight, tackle tougher terrain, or run faster. You even get access to vehicles, including an electric trike. However, you can only carry so much stuff at once, so there’s a nice strategic element to deciding which gear to take or leave before you embark on a long delivery.

But you’re never alone out there. Death Stranding’s most overt theme is connection, and this manifests itself in some brilliantly clever asynchronous multiplayer. As players traverse their world, dropping ladders and ropes, or using a device called a PCC to build river-spanning bridges, battery-boosting generators, ziplines, roads, and other helpful objects, these then appear in other people’s games. You see traces of other porters everywhere you go, and there’s something wonderful about struggling up a mountain, only to spot a rope left by a fellow traveller, which then spares you a chunk of climbing. And you can show your appreciation with likes, a kind of social XP.

You unlock weapons later in the game, both lethal and non-lethal, but I was impressed by how I was able to play the bulk of Death Stranding without using them at all—outside of a few unavoidable set-pieces. There are dozens of ways to deal with BTs and terrorists, but there’s always the option to just avoid them. Sneaking through terrorist camps, the DNA of Metal Gear Solid is strongly felt. The character movement, and how the weapons feel, is also similar to MGSV. But otherwise this is a completely different game, with surprising scope for non-violence.

Disappointingly, story is Death Stranding’s weak link. The broad strokes are great, and Sam’s mission to connect a fragmented civilisation is an effective hook. But so much of the finer details are told in uninteresting ways, whether it’s through lengthy, overwrought cutscenes, overlong text-heavy emails, or rambling radio chatter. The mythology is a baffling soup of nouns, and I found the characters hard to love, despite the extraordinary realism of their tear-strewn faces. The cast is great, though. Mads Mikkelsen is an engaging and charismatic villain, and there’s a compelling otherworldliness to Léa Seydoux’s performance as fellow courier Fragile.

Thankfully, most of the game is spent out in the field, delivering packages, and battling the elements. But a parade of seemingly never-ending cinematics towards the end really tested my patience—and this is coming from a Kojima fan. That said, there are plenty of memorable set-pieces and moments. The frequent use of songs by Low Roar, an American-Icelandic post-rock project by musician Ryan Karazija, is tastefully done. These haunting, ethereal pieces of music often play over the final stretch of a long journey, with the camera pulling back to reveal more of the landscape. And even when the story is tripping over itself, Death Stranding is always a captivating thing to just look at.

The cutscenes, as long and self-indulgent as they are, feature some really imaginative, trippy imagery, and it’s rare to see something this offbeat and surreal created with a budget usually reserved for a high-end blockbuster action game. The mechanical design, led by longtime Kojima collaborator Yoji Shinkawa, is consistently impressive too. Sam’s gear, the vehicles he drives, and the structures he builds all have a distinctive, idiosyncratic high-tech aesthetic. This is a lavish game in every respect, which playing on a high-end PC in 4K really hammers home. This is undoubtedly the best version.

I can see why Death Stranding is such a divisive game, but every misgiving I have about it is ultimately snuffed out by the magnificence of hiking across that sweeping, rugged wilderness. It’s an unbelievably slow game with an almost comical amount of backtracking, especially towards the end. Yet, somehow, it kept me interested all the way through. Granted, a ponderous, pensive delivery simulator will be a hard sell for a lot of people. But if you value games that defy genre, reward patience, and aren’t afraid to get weird, Death Stranding is a wild ride worth taking, even if it stumbles along the way.

Slow, weird, and indulgent, but a true original, and a journey that will linger in your mind long after it’s over. 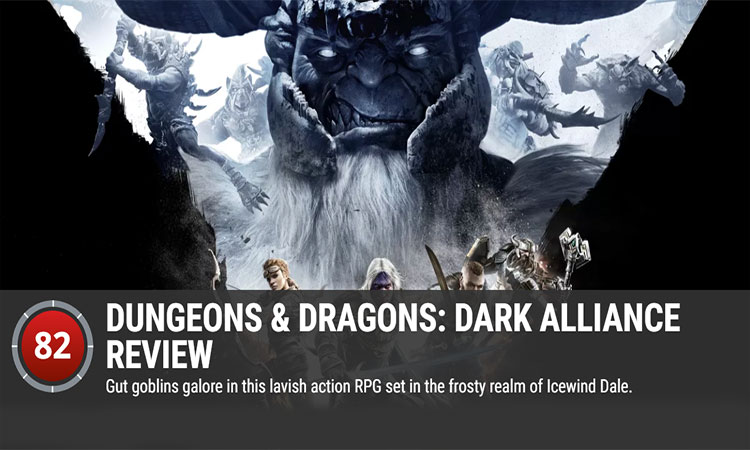 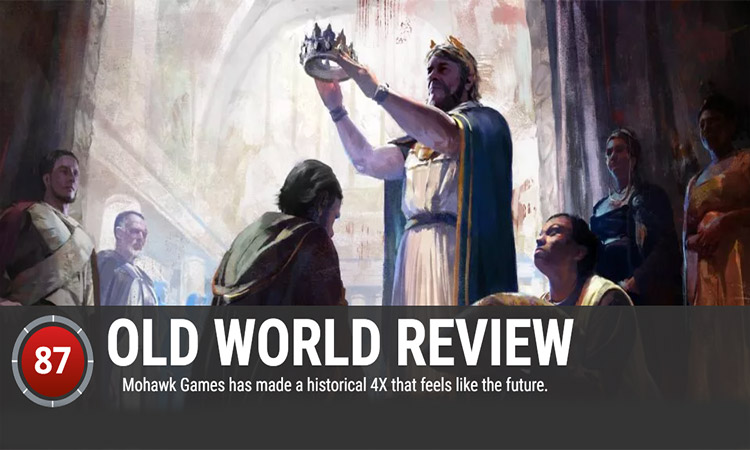 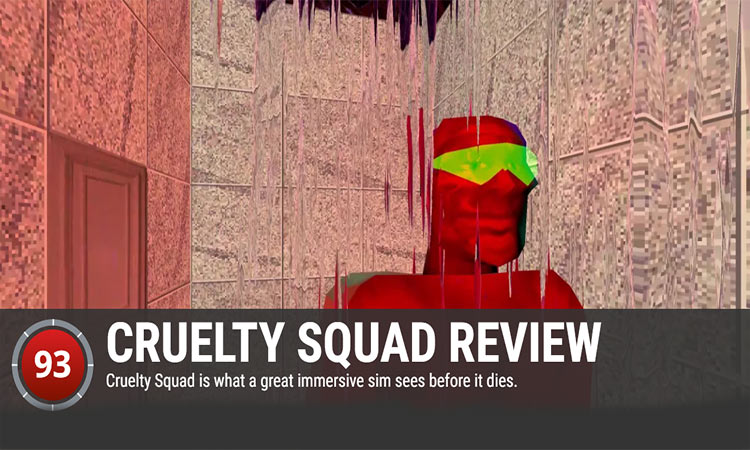