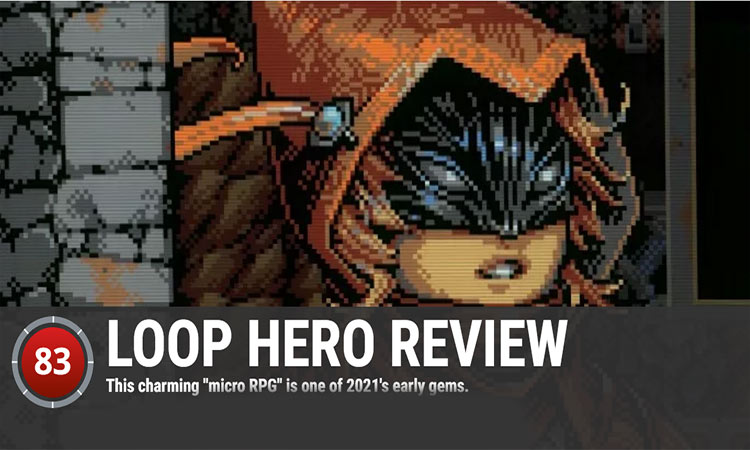 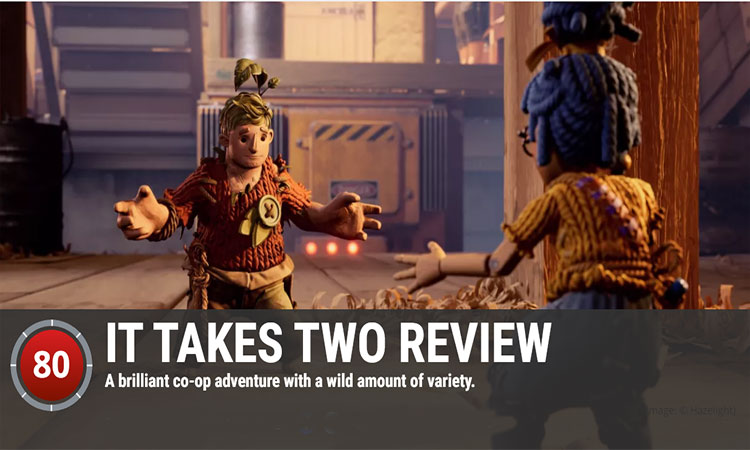 It’s not often you see the rom-com genre explored in games. Everyone knows the formula: a light-hearted, chuckle-worthy story about a pair of lovers seemingly meant for each other, but are kept apart through kooky circumstances. The tongue-in-cheek interplay between the two main characters is at the core of the genre, and it’s a relationship that’s difficult to translate into games. But Hazelight Studios tries to achieve in It Takes Two, a co-op adventure played in pairs.

Cupid’s arrow has easily hit its mark here, and the coupling of a romantic comedy and couch co-op gameplay is a match made in heaven, but It Takes Two’s story of a couple trying to reconnect struggles to capture the whimsey and charm of the genre.

In the game, you and your co-op partner play as parents Cody and May, who have been magically transformed into dolls after breaking the news to their daughter that they’re divorcing. The reason behind their transformation is the eccentric Dr. Hakim, a mustachioed, anthropomorphic self-help relationship book who has devised a plan that will make the couple reconcile their differences through the power of cooperation. Dr. Hakim’s cheesy plan is a method the couple is less than happy about, but at the promise of returning to their human bodies, the duo needs to traverse multiple worlds to break the spell and return to their daughter.

A couple breaking the news of their divorce to their young daughter isn’t quite the set-up I imagined for a happy-go-lucky romance comedy, but It Takes Two’s world-hopping adventure brings a lightheartedness to the topic. In your bite-sized form, you’ll be exploring inside and outside the family’s home but each area has a magical-realist twist. Throughout my time with It Takes Two, my partner and I have tinkered with time inside a cuckoo clock, escaped from a lair of ferocious moles, traveled on the back of a giant ghostly catfish, and had a fistfight with a squirrel on top of a flying plane—and that’s not the half (quarter, fifth or sixth) of it.

Hazelight has been keen to show off just how much variety there is in It Takes Two, with creative director Josef Fares even saying he would give$1,000 to anyone who got bored playing it. Unfortunately, that person won’t be me because the co-op gameplay in It Takes Two is really great fun. Worlds are dense with mini-games, puzzles, platforming, rail grinding, and packed with action sequences all with cooperation at their core. There’s even a top-down RPG-style battle where you need to fight through a fantasy castle as a warrior and mage. It’s like the game has been made for someone with the attention span of a toddler.

Each level introduces a new mechanic designed around that area’s world, but even then It Takes Two is constantly switching up how that mechanic is used. The first location you get to explore is the family’s garage and Cody and May are given a hammer and nails to help them through some puzzle platforming. Cody can fire nails into a wall so May can swing on them with the hook of the hammer, but this is just one way these tools can be used.

There are times where May will have to break some glass bottles blocking the way or hammer an object to give it momentum. Cody can fire a nail into a target to keep a revolving platform in place and when he whistles they zoom back and return to his inventory. There’s a lot to get stuck into, and before you can get sick of a particular mechanic, the game quickly switches to something new. I haven’t even talked about the rail grinding, circuit breaker puzzles, and giant sentient vacuum clever boss fight.

All of these mechanics need cooperation and so chatting to your player 2 is a must, but there are also multiple mini-games throughout each level to indulge your competitive streak. Nothing is funnier than beating your partner at whack-a-mole, only for them to get their revenge during an ice-skating race later down the line. Sure, I may have resorted to physically poking my partner in the side when he was leaps and bounds ahead of me, but I still won fair and square.

Environments are so dense with activity, it feels like being let loose in a theme park, my partner and I constantly calling each other over when we find something new. A highlight of the game for me is the chapter where you explore Rose’s room, which lets you lose in pillow forts, fantasy castles with colourful ball pit moats, and an array of mini-games in the form of her toys.

There are so many fun, little interactions you can miss if you rush through the game. I found a bunch of coins that I started to put into a cute, porcelain piggy bank, only for my partner to hop on top of it and ‘accidentally” smash it into a million pieces. The best co-op games are the ones that not only inspire interaction between you and your friend in-game, but also outside the game on the couch, and It Takes Two is masterful at encouraging that.

There are attempts at exploring why the couple has come to the decision to divorce, but It Takes Two only really skirts the surface of any deeper emotional climax. Divorce is a complicated and messy business, for the parents and the kids that get stuck in the middle, but It Takes Two never gets any deeper than the two’s childish bickering.

Their differences ultimately boil down to one being a workaholic and the other not having any passion in their life and occasionally forgetting to take out the trash. I also feel that Rose’s feelings are often disregarded, and she’s only used as an end goal for why the couple should stay together.

Understandably, Hazelight probably wanted to keep things light-hearted to match the rom-com vibe, but I feel like it was a missed opportunity since the co-op gameplay builds such a strong connection between the players and could have been used to emphasize the story. I think wanting to stick with the rom-com genre of having a happy fairy-tale ending instead of a more nuanced exploration of divorce and parenthood is a miss from Hazelight.

Ultimately, the focus of a co-op game should be about the dynamics on the couch, and even if the story doesn’t inspire that, It Takes Two’s gameplay more than makes up for it. It’s best played over the course of a couple of nights with a friend sitting next to you, although if you do want to play online, only one of you needs to own a copy of the game for two to play. On consoles you can invite friends through the main menu, and on PC the game supports Steam’s Remote Play Together, making it easy to play online with a friend.

It’s refreshing to play a co-op game that isn’t so arcade-y, and It Takes Two is one of the best story-driven multiplayer games on PC, sitting quite comfortably next to The Dark Pictures Anthology and Portal’s two-player campaign. One of my favourite co-op experiences of all time is the quietly introspective Journey, and if Journey is a co-op adventure where you don’t speak a single word, then It Takes Two is a co-op where you never stop talking.