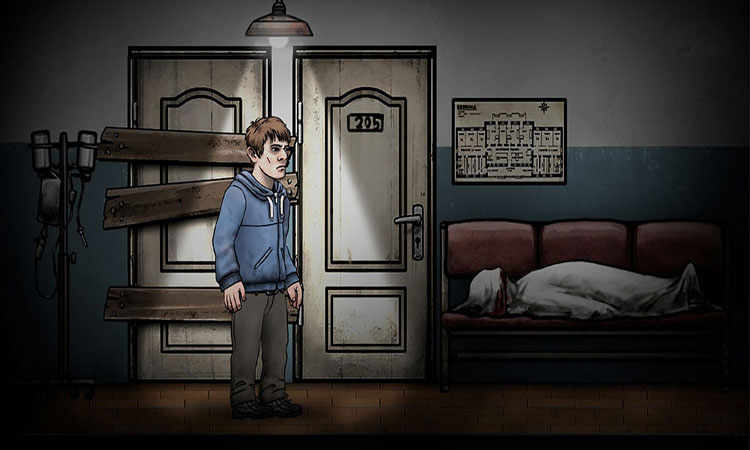 If you’re interested in narrative, there’s a theoretical game you’ve already dreamed about. It’s an impossible fusion of deliberately crafted stories and pure systems-driven anecdotes, all lending themselves to stories of your own like procedurally generated bricks.

Wildermyth is that game. It is real. And it is wonderful. This tactical RPG imbues your every fantasy adventurer with life, turning dynamic character hooks and subplots into people you recognise and cherish. Funny and thoughtful and painfully mortal people.

Campaigns start with a few randomised heroes defending their home. They’ll mean nothing to you at first, in their opening fight. Just a jumble of pieces, an old police composite. But soon things will start to happen. While travelling to the next encounter, they’ll rescue a chicken. Your hunter will refuse to enter a village, and a prompt will ask if you want to press them. You’ll notice two of your party have formed a rivalry, and are getting bonuses to their critical hit (“stunting”, a far better term) chance as they one-up each other.

And then they die. Except… probably not right away. When someone falls, you choose what happens. They could escape but lose a limb. Someone could push them aside, permanently injuring herself to save her friend. Or you could let them die, but take their attacker down with them. This sounds like a bad trade, tactically. But before long you’ll do it, because it feels right. It’s the right time for it, and how they’d want to go.

Across multiple chapters, you’ll explore a strategic map, scrubbing away gross monster vibes, seeing off ambushes, and fortifying areas to fend off periodic invasions. You’ll build workshops, restore cultural sites, and have side adventures. And small things start to matter.

At every step, there’s a chance for a vignette between characters. Everything is contextualised by excellent micro-stories that turn a series of fights into an arc you co-author with the developers. Events you’ve seen before will vary with personality traits and relationships. And all the time, monsters grow stronger, and heroes age. Rushing to the end goal means the enemy gain fewer powers, but leaves the land infested, giving the world fewer years of peace.

I was too slow in one chapter, and never unravelled the enemy plot. By the finale the world was saved, but permanently marred. Another group won fourteen years of peace between chapters. Things happen during peacetime, too. A hero might fall in love, take up painting, or walk off one night, and return months later withdrawn and sad. My latest retired to become a judge, imparting her wisdom to the daughter of the friend who died saving her life.

Wildermyth integrates all this wonderfully into its design. Lower difficulty levels are a robust roleplay with the drama in your hands. The middle is a perfect blend of tactical and character-driven decisions. At its hardest it’s a bloody, desperate war across multiple generations. It’s satisfying growing your fragile starters to champions, but it’s using those old hands to protect and teach the young ones that’s key. Items you replace can’t be redistributed, which seems illogical but means you differentiate everyone over being efficient, and give good items to weaker members who need them more. Think like a hero who helps their youngers, not a tosser who hogs all the best gear.

Levelling encourages roleplaying too. When you level up, you choose one skill out of a random four from a far longer list. There are always good choices mechanically, but frankly you’re playing it wrong if you’re not prioritising skills that suit their personality. When young Shay first levelled, she’d just lost her brother Uvwane, so of course she took a first aid skill over better magic. She doesn’t want to lose someone like that again.

But Uvwane lives on. The dead or retired become available as “legacy” heroes that a later group can recruit as an already-skilled youth. One campaign even started with one of my B-listers from an earlier game, Parelle. She’d never really got her time to shine, but now she’s the leader of her own adventure pals, including one from a game in 2019.

That’s why you’ll replay the campaigns: you’re creating a mythology. Imagine in-world villagers hearing these tales, their details becoming jumbled in the retelling. Edien was the Thrush Rascal who found the Library of Light. No, Deestan found the library, they were in the Unbroken String together. But Edien protected the Thrush Rascals when Logsa was killed in the final battle against the Gorgons. Logsa didn’t die, she just lost her leg! It’s in all the pictures. That’s why she’s in the Vine Sisters story. No! Logsa wasn’t a Vine Sister, you’re thinking of Lunantha, she joined them after Parelle left to form the Stone Maidens. No no, Parelle was the one who—I could write about them all night. And so could everyone who plays it. It’s magical.

It has tactical chops too. Classes matter, but no two hunters are alike. Every story beat can affect combat. Each weapon type, each skill, whether or not you dipped your hand in that strange fountain, changes what a person does on the battlefield. Combining skills is tremendously rewarding, and a major challenge at the truly brutal higher difficulties. The magic is worth a whole article. Mystics fight by ‘interfusing’ with scenery items. Borrow stone from an archway to protect your archer. Blind enemies with lampflares. Interfuse with trees and explode them at a crowd, shattering their armour so your maceman can lunge in and whack them into the fire your sentinel set with the power she inherited from an old shrine last year.

It pains me, then, to report that Wildermyth still has frustrating parts. Campaigns and battles alike can reach a point of no hope with everyone so fragile. Some of the chapter finales border on trial and error, which is a horrible shame after you’ve won a beautifully tense victory on your first go in the last one. Incursion defences, maddeningly, give no control over where your people start even after a month of fortifying the map. And it desperately needs an order confirmation option. I cannot believe how often I have to say this in 2021.

But I am utterly in love with Wildermyth. With this full release bringing it to five main campaigns and fleshing out endless generic ones, it will satisfy your RPG craving like nothing else.